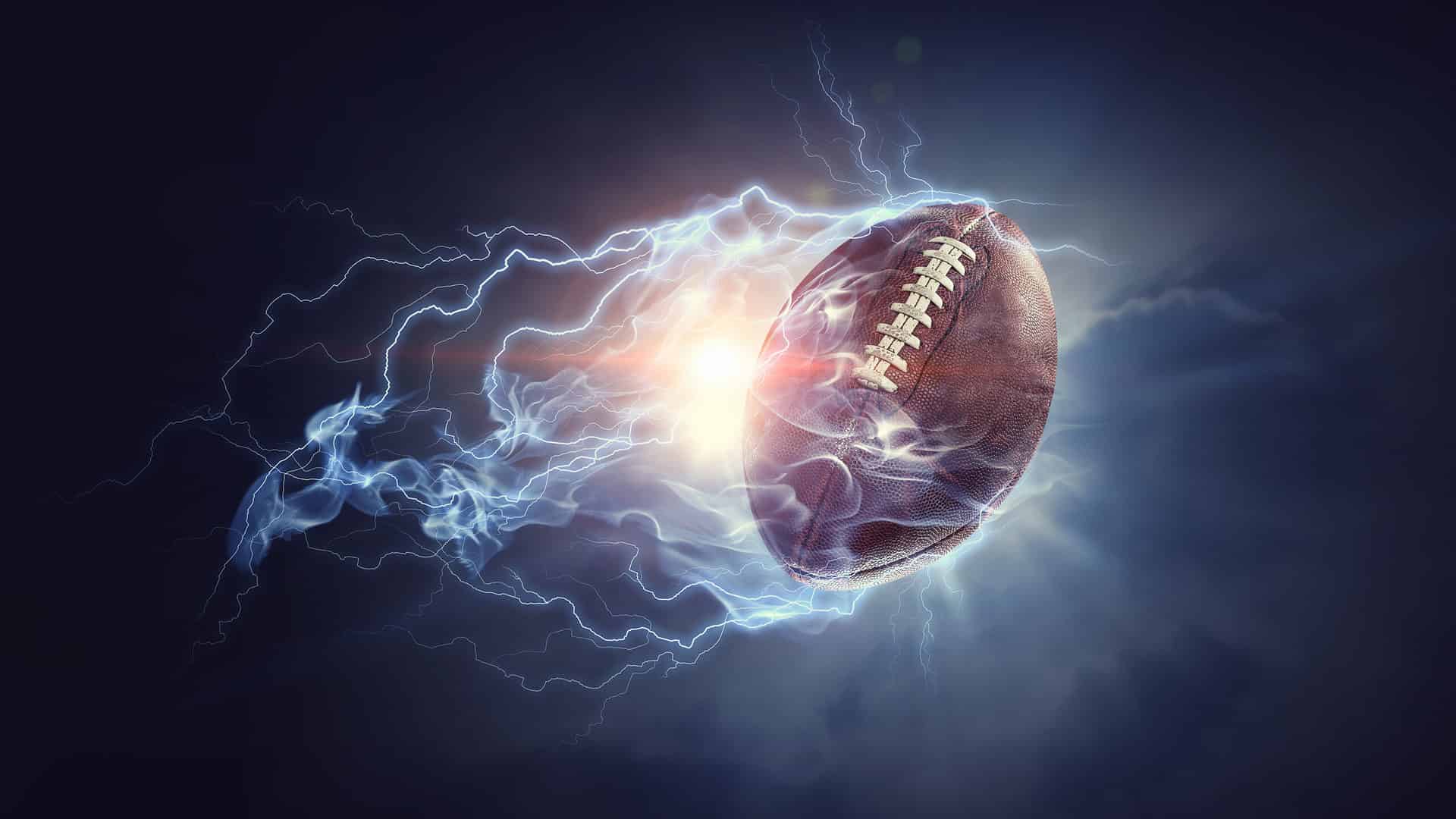 You’ve probably heard the term Power Five Conferences when referring to college sports. This is usually a short-hand way to identify the perceived top-tier conferences for football, basketball, and other NCAA sporting events.

This article will identify the top five conferences that constitute the Power 5 while looking at their overall impact on college sports in general and college football specifically.

Which Conferences Make Up The Power 5?

As of the 2022-23 football season, the conferences that make up the Power 5 are:

At the moment, there are 65 total Power Five programs, but realignment will increase that total in the next few years. These programs/teams are spread out across the big five athletic conferences in a disproportional fashion.

Here’s a full list of the power 5 conferences and schools within each conference:

The Atlantic Coastal Conference, otherwise known as the ACC, has 14 total schools broken into the Atlantic and Coastal Divisions:

The ACC has noticed a substantial shift since 2004. Boston College, Louisville, Miami (FL), Pittsburgh, Syracuse, Virginia Tech, and Notre Dame were all added after that year.

The University of Maryland left the ACC to join the Big Ten Conference in 2014.

Like all power conferences, the Big Ten has noticed some changes since 2010. Nebraska, Rutgers, and Maryland joined the Big Ten amidst major conference realignment for the power schools and beyond.

The Big Twelve Conference, otherwise known simply as the Big 12, has 10 total schools:

The Big 12 lost four members in 2011-12: Colorado, Missouri, Nebraska, and Texas A&M. They were replaced by TCU and West Virginia, bringing the conference to 10 teams.

The Big 12 will undergo more changes in the future, as Oklahoma and Texas announced they are leaving for the SEC in 2023.

The Big 12 intends to add BYU, Cincinnati, Houston, and UCF before the 2024 season.

The Pacific 12 Conference, otherwise known as the Pac-12, has 12 total schools:

The Pac-12 is one of the few power five conferences that didn’t lose any schools in the latest reshuffling. Instead, the Pac-12 gained Colorado and Utah in 2011.

Formerly known as the Pacific 10 Conference, it appropriately changed its name to Pac-12 once expanding to 12 teams.

The Southeastern Conference, otherwise known as the SEC, has 14 total schools:

The SEC is another big five conference that didn’t lose any schools in the latest adjustment.

Instead, the Southeastern Conference added Texas A&M and Missouri from the Big 12 in 2012.

The SEC has also agreed to bring in Texas and Oklahoma from the Big 12, which will go into effect in 2023.

Is Notre Dame Part Of The Power Five Conferences?

For those who don’t know, the University of Notre Dame‘s Fighting Irish is one of the most successful college football programs in all of America. Because they have independent status, the Irish do not fall under any conferences for football. However, they did join a power five conference for 24 other sports.

As mentioned above, Notre Dame competes in the Atlantic Coast Conference (ACC) for major sports like basketball, baseball, golf, soccer, lacrosse, and others. However, the Fighting Irish are a member of the Big Ten Conference when it comes to hockey.

Notre Dame’s football team technically joined the ACC for one season in 2020. Due to the scheduling disruptions caused by the COVID-19 pandemic, the Fighting Irish agreed to join the Atlantic Coastal Conference for this single season.

Notre Dame football resumed its status independent from any conference in 2021.

So it would be accurate to say that yes, Notre Dame is part of the power five conferences – just not for football.

Which Power 5 Conference Is Best Academically?

It’s difficult to distinguish which Power Five Conference ranks best academically. The pedigree of each school can be a subjective measurement that varies based on criteria.

For example, one University can excel in engineering while the other specializes in journalism. Having said that, here is a broad idea of how each conference stacks up academically based on US News University Rankings.

The ACC has six of 14 schools ranked in the Top 30. Of that, all but one rank in the Top 100. Louisville is the only university ranked outside that mark while checking in at 192 on the US News rankings.

As stated earlier, the Big 12 conference currently has 10 schools. Seven of those universities rank outside the Top 100 in US News rankings. No Big 12 school ranks in the Top 30, as Texas currently leads this conference at 42nd.

Similar to the ACC, all but one Big Ten school (Nebraska) ranks in the Top 100. Two of them rank within the Top 30, and Northwestern checks in at 9th overall.

Six members of the Pac-12 rank outside the Top 100. However, there are several prestigious Universities in this group, as four schools are listed in the Top 30. Stanford leads the way while ranked 6th.

Nine of the 14 SEC universities rank outside the Top 100 for the US News list. Two schools, Florida and Vanderbilt, are in the Top 30. Vanderbilt ranks 14th overall.

As mentioned in the section above, the ACC has academic prestige with six universities ranking in the Top 30 according to US News. By looking at this metric, we can derive that the ACC has some of the best academic pedigree of all Power Five conferences.

The Big Ten and Pac-12 are next in line. The Big Ten has higher rankings across the board, but the Pac-12 has more universities ranked in the Top 30.

The SEC and Big 12 are considered to be on the lower end of the academic spectrum among the five power conferences. The majority of these schools are ranked outside the Top 100, although both conferences have members with attractive specializations or research facilities regardless of the overall ranking.

Who Are The Upcoming Power 5 Teams?

There are a few college football teams that are joining these top conferences in the future. Here’s a list of those other schools, where they are going, and which conferences they are coming from:

As you can see, three of these teams are making the move from the Group of Five into the Power Five.

This trend will likely continue as conferences continue to realign and expand to become more competitive and relevant on the national stage.

Which Power 5 Conference Is The Best?

This topic is certainly debatable, and it depends on which sport you are talking about. You can also get into a debate about success and longevity.

Are you looking at which conference has had the most recent success or which league has performed the best over the last 60 years? These are all factors that go into this discussion.

In an attempt to identify the best conference in the Power 5, we will break down those items to reach the answer.

Many consider the Southeastern Conference (SEC) to be one of the best conferences in college football. That’s due in large part to their recent domination in the Bowl Championship Series and College Football Playoff.

The SEC has accounted for seven of those teams playing for the trophy, and SEC schools have accounted for four championships of the seven total games. Alabama has won three of those.

The ACC claims two CFP Championships as Clemson claimed the title in 2016 and 2018.

The Pac-12 has one appearance and no championships.

The Big 12 has not made it to a CFP Title Game.

Altogether, as can be seen from the data above, the SEC has by far gained the most achievements compared with the other power 5 conferences, and is therefore commonly considered the best power five conference in NCAAF.

Continue here to learn about the ‘Group of 5’ conferences in college football, which is considered the next top-tier group of conferences after the power 5 group.