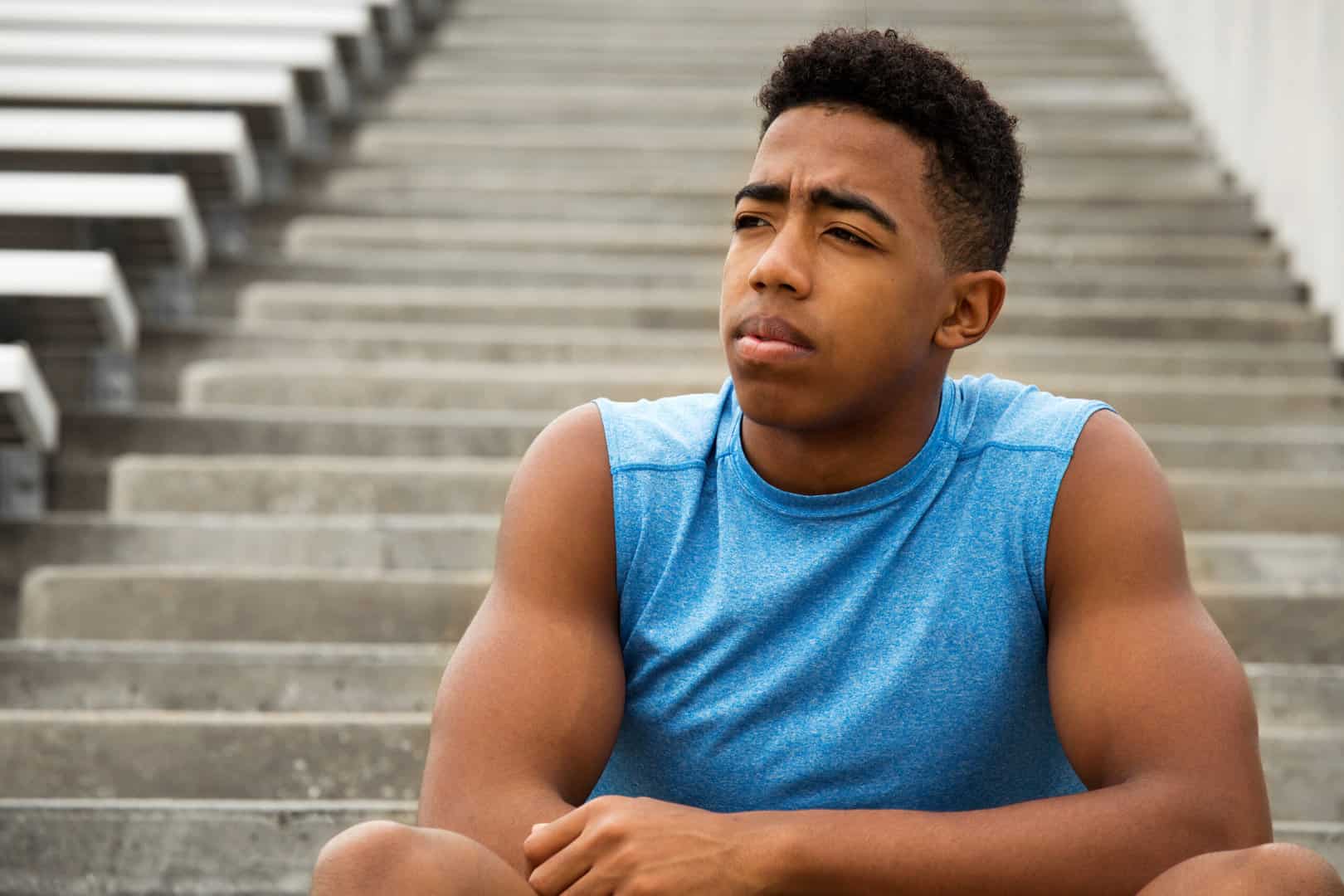 How to Get Recruited for Football in High School?

The first thing to know about the high school football recruiting process is the recruiting calendar, which has undergone several changes around the COVID-19 pandemic.

College coaches must abide by strict contact protocols that the NCAA rules lay out around the recruiting calendar.

There are four periods of contact rules in the recruiting process: the quiet period, the dead period, the evaluation period, and the contact period.

Each has its own restrictions on the recruiting process for coaches and student-athletes and what they are allowed to do:

The easiest period to explain is the dead period because that is when all recruiting activities must cease between a student-athlete and a college coach.

There is no contact permitted either on or off campus and student-athletes are not allowed to be on an official or unofficial visit. Of course, a prospective recruit may visit the college campus for his own tour, but there cannot be any contact with the coaching staff.

On the opposite side of the spectrum, an evaluation period is when college coaches are able to hit the road and evaluate student-athletes off campus.

There is no contact allowed between the recruit and college coach, but coaches can watch recruits practice and play games and also talk to the high school’s coaches and teachers to examine the athlete-student fit at their school.

When people think about recruiting, though, they think about the contact period when almost everything allowed by NCAA rules is permissible on and off campus.

This is normally when college coaches are able to close the deal with potential recruits who are still making up their minds on their National Letter of Intent.

This will focus mostly on Division I recruiting classes because that is the most popular division and how people often view the recruiting process.

However, the principles are very similar no matter the level of competition. It all just depends on whether or not you have to sign a national letter of intent and if you will receive an athletic scholarship versus an academic or merit scholarship.

Division III schools are unable to award athletic scholarships, so most award merit or academic scholarships as a way to make sure recruits receive financial aid.

However, you will often see these commitments fall through as well due to academic, financial aid, or other issues that prevent a student-athlete from enrolling.

Getting Noticed in High School

However, you will receive an official written scholarship offer on September 1 of your senior year when a school is serious about recruiting you. At this point, most schools go all out in designing their official written offers to use as public marketing material because so much of the recruiting process occurs before that offer is even sent.

The easiest and best way to get noticed by college coaches is by attending summer camps at the bigger schools around your area. College programs flood the individual summer camps around the country in search of new talent, and most of the student-athletes that get signed by schools are first identified at these camps.

In addition to the individual skills camps that college coaches often use for recruiting, there are also team camps that schools run for high school teams in the area. These are often 7-on-7 camps, so talk to your high school coach about attending these camps.

Most coaches already know about these team camps and use them as a way to work on plays ahead of the season in addition to getting their skill players on recruiting radars.

If you are unable to attend these camps, you can also work with your coaches to create a highlight tape of yourself to send to college coaches.

Highlight tapes are important for anyone to help build their profile on social media and other recruiting websites, but they are critical for anyone who is unable to get in front of college coaches over the summer.

You need to show something on film to help attract a college coach to extend you a verbal offer and create a reason for face-to-face contact.

High school coaches, though, also play a critical role in the recruiting process as some of the biggest advocates for their players.

At bigger schools that often produce Division I talent, it is easier for the high school coaches to contact college coaches about players that might fit certain schemes.

College coaches will also oftentimes drop in during evaluation periods to high schools in their recruiting region to build relationships with high school coaches.

These relationships oftentimes are what allow under-recruited student-athletes to end up at the same smaller schools and excel, surprising so many people who misevaluated them in the recruiting process.

Many student-athletes begin to think about recruiting before they even reach their freshman year of high school, but that is a mistake for so many reasons. Although college coaches can extend offers before a player’s sophomore year, it is rare that those verbal offers remain valid when the time comes to commit to them.

There are a few exceptions to this, but those are often the most gifted athletes who have extraordinary resources at their disposal.

Instead, most college coaches don’t start with verbal offers until the summer after your sophomore year once your body has started to mature and develop. At this point, college coaches have a better sense of what positions you can play as well as your growth potential when evaluating their future roster needs.

For the major Division I FBS programs, most offers are only actually extended during a player’s junior year or later as the rosters are more fluid at the bigger programs with so much competition for playing time.

It is the smaller FBS schools and most Divison I FCS programs that extend early verbal offers in hopes of securing an early commitment to help bolster the class.

However, student-athletes also need to be aware of the clock because there are sometimes timelines on verbal offers from college programs that might be recruiting three or four players at the same position. There are times when recruits wait too long on an offer, and the offer is either filled by someone else or is re-allocated to a different position group.

Now that you are on the radar of college coaches, what are your options to help build the mutual interest between yourself and the college coach?

If it is permissible by NCAA rules, texting and calling coaches is a great way to stay connected and update them on your season and academic success.

You can also go on campus visits to get a better feel for the school where you will potentially be attending. Try to treat this like any other college search in that way and make sure there is an academic fit in addition to an athletic one.

There are two types of campus visits for student-athletes, an official visit and an unofficial visit, and the difference is who pays.

It is better to take these visits when you can actually talk to the coaches and visit the football facilities under NCAA recruiting rules, but that is not required.

After the first day of their senior year, a student-athlete can also take an official visit where the school pays for and coordinates everything about the visit.

Do note however that student-athletes are limited to five official visits, so it is vital that they use them wisely in order to make the best decision for themselves.

Verbal commitments do not always stop the recruiting process, however, as some schools will still recruit student-athletes in hopes of flipping their commitment.

Some schools also request any verbally committed athlete not visit or communicate with any other school, and some even drop scholarship offers for breaking that rule.

Make sure you understand the rules from the college coach before pledging any verbal commitment to a school.

The biggest game-changer to high school recruiting is the transfer portal, which has dramatically altered how a college coach approaches building a roster. With college football programs always in win-now mode, coaches are trending toward a proven commodity in the transfer portal over developing a high school student-athlete into stars when assembling a recruiting class.

This issue impacts quarterbacks more than any other position group as the signal callers are most often the ones in the portal in search of more playing time. That means that more smaller schools are extending scholarship offers to quarterbacks trying to replace their successful signal callers who transfer to bigger schools.

However, that also means there are more opportunities for student-athletes to prove themselves to larger schools that perhaps weren’t as interested in high school.

In the other position groups, transfers are still prevalent but far less impactful because there is more playing time at those spots.

Yet there is no doubt the transfer portal is having an impact on the recruiting process for young athletes, even those as young as the middle school level. These players weren’t receiving actual athletic scholarship offers, but it is starting to affect how they view recruiting as they approach their own junior or senior years in the near future. They will understand better the trajectory required to reach their goals at the highest level.