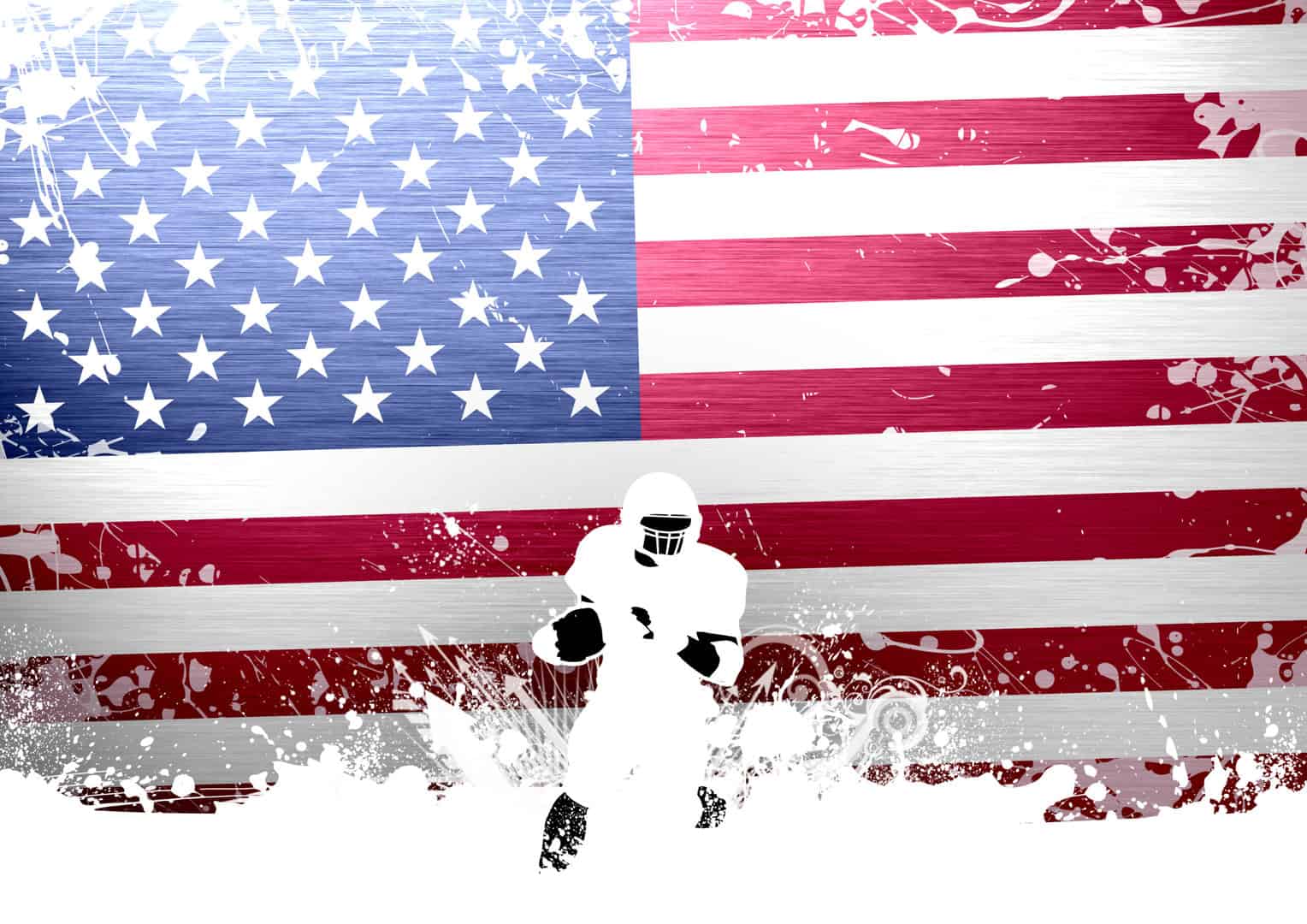 The Story of FBS Independents

The Football Bowl Subdivision (FBS) is built on the backs of the 10 conferences that comprise most of the more than 130 FBS programs. Bowl tie-ins are based on conferences for the most part, not individual teams, so those without a conference are in danger of missing out on the postseason when the dust settles. Of course, some independent programs have their own bowl agreements, but it is very difficult to navigate the ever-growing landscape of bowl games at the FBS level.

The challenges of being an FBS independent have driven many schools to join conferences and the number of FBS independents has dwindled over the last three decades. There are just seven FBS independents left in the country, and each of them has very different reasons for being an independent. There are the brands like Army, BYU and Notre Dame that are using their national appeal to create a national schedule. There are those like Liberty and New Mexico State that couldn’t find a conference for a while but have been active in looking for a permanent spot for their athletics teams. Then there are the programs like UConn and UMass, which are trying to find a spot for their football team without ruining the natural rivalries they built in other sports.

Notre Dame is the quintessential program of FBS Independents, and the one everyone would hope to be able to model themselves after. That ultimately is unrealistic given the history and stature of the Fighting Irish being the main reason Notre Dame can still be an independent. However, the Fighting Irish do benefit from their membership with the ACC in other sports, which treats them like an ACC team for bowl purposes. The only reason Notre Dame doesn’t want to be a full member of the ACC is it desires the freedom to play a national schedule and continue longstanding rivalries with programs like USC, Navy and some of the Big Ten squads while also allowing for more interesting games like its future series with Alabama or past series with Georgia.

Army takes a very similar path to Notre Dame, but the Black Knights did try being a member of Conference USA for a bit. That ultimately did not work, and now West Point is able to be the national team with the pride and tradition that any school would want on its schedule. The Black Knights will obviously always play Air Force and Navy every year, but Army has also been able to add some eclectic games to the schedule as well since becoming an independent again. It will make a trip to LSU in 2023 and Power Five schools such as Northwestern and Wake Forest have made the trip to West Point in recent years as well.

BYU is the final national brand to try its hand at independence, and it has been an incredible bonus for the Cougars on the field. The schedule is now far more competitive than its previous Mountain West Conference slate with Oregon, Baylor, Tennessee and Arkansas on the docket for BYU over the next two years. The Cougars can also preserve rivalries with Utah State and Utah through this new arrangement while also expanding their horizons to new areas of the country with strong Mormon presences. Independence offers BYU a chance at more national marketing and an ability to reach Mormons in the Midwest and East Coast that may not have access to the football team playing more of a West Coast-based schedule.

Some schools become FBS Independents because they lack any other great fit with a conference. UMass tried to join the MAC, but wasn’t willing to move all of its sports to the MAC, one of the several reasons that led the university to choose football independence. When UConn left the American to join the Big East in all other sports, it left a hole for its football program with no conference willing to only take on the struggling Huskies football team. Even Liberty and New Mexico State found similar issues originally as they tried to find the best geographical fit for their teams in a conference. Liberty ended up settling with the Atlantic Sun, which doesn’t sponsor FBS football, leaving the Flames as football independent starting out when it made the transition in 2018. New Mexico State was in a similar situation after the Western Athletic Conference decided against sponsoring FBS football any longer.

UConn and UMass, though, are still part of the remaining independent FBS schools without a concrete plan for the future. Both teams would like to join a conference, but it has been difficult to find the right situation for both programs. The Minutemen are far more likely to make an all-sports jump compared to the Huskies, but that doesn’t mean there is a great appetite for UMass to leave the Atlantic 10. It is certainly not one of the financially valuable football programs in the country, which is why the Minutemen might need to make an all-sports move, but it won’t be an easy decision. UConn is in a far trickier position because it won’t move its other programs out of the Big East after making a stand to return to the league. So the Huskies’ best chance at a football conference is to join with UMass as football-only members somewhere.

Although Liberty and New Mexico State originally found themselves without a conference home for a few years, both current independent schools will join Conference USA in 2023. The wide footprint of the league made both of them easy sells, and it is a step up in class for the athletics programs at both schools. Liberty is an attractive athletic entity despite the political controversies because it has plenty of money to invest in athletics as well as successful basketball and football programs. New Mexico State is in a far different position, but its administration made a strong lobbying push for a conference to scoop up the Aggies. They ended up being an ideal pick-up with Liberty to balance out the East and West divisions.

Those spots in Conference USA opened because of the other conference realignment around college football that went after mostly schools in established conferences. The Sun Belt Conference poached three Conference USA schools as well as James Madison out of the FCS CAA football conference. The American also stole a bit from Conference USA to restock some of its schools that went onto Power Five conferences, leaving the football independents to fend for themselves again. And with the two different tiers of Division I FBS Independents, the mythical independent division is not going to materialize anytime soon.

Over the past few years, the value of television deals has shrunk, but that doesn’t mean there isn’t an inherent value in an exclusive television deal. Notre Dame is making more money in television revenue from its deal with NBC than it likely would have made in the ACC or Big Ten with its current television contracts. Army is making a lot more from its deal with CBS Sports Network than it otherwise would have in the Group of Five Conferences. Then there is UMass, which has packaged its football media rights to NESN, the regional sports network, which helps offset some of the costs of being an independent program. Those contracts with regional sports networks don’t help build national popularity, but it helps increase brand awareness in the region, especially for a flagship university like UMass.

Perhaps the biggest perk of being an FBS Independent is the flexible scheduling that makes the annual schedule a bit more exciting for fans. Without a conference affiliation to worry about, there is more room for these independents to find interesting matchups throughout the season. That is how you get UMass and UConn playing a wider range of Group of Five teams that could drive attendance. Independence also allows a school like Notre Dame to continue playing its national schedule and making more appearances on national television, but the Fighting Irish are one of the few prominent programs that can pull off such a schedule. Instead, UMass is able to schedule more regional and use the money from its buy games to help fund the program. The same could be said for New Mexico State, which joins UMass as the other FBS Independent that isn’t a true national brand.

However, the biggest perk of independence for a school like UMass is the large financial incentive it receives from playing some of its games. The Minutemen obviously won’t sell themselves as sacrificial lambs, but they are scheduled to play multiple Power Five programs in a season a few times over the next few years, a significant revenue source for a program without much television and bowl revenues to help bolster the program. Having so much secure revenue from simply playing is a major help for UMass, especially as it tries to build itself up to respectability after a crushing first decade or so as an FBS program. However, the Minutemen are not the only independent program that benefits from the money from these games. Liberty’s move to FBS helped increase its revenue significantly as well, despite being one of the prominent faith-based schools in the country.

It is tough to win six games as a Division I-A independent by building a schedule that gives your team a great chance to win. That doesn’t apply to programs like Notre Dame or BYU, but the other independent schools need to find ways to craft a schedule without a conference schedule to build around. You need to balance those buy games with some more easily schedule games, and that can be a challenge in October and November. Fortunately, more conferences are scheduling conference games sporadically, leaving gaps in the middle of the traditional conference season for a UMass or UConn to play a Group of Five schools. Still, recruiting to an independent school is a challenge in and of itself, and the lack of talent flocking to these independents compared to FCS schools is a concern.

If an FBS independent does indeed win six games, the next challenge is finding the right bowl game amid a crowded postseason landscape. Bowl appearances are tough to come by for Division I FBS independent programs if the schools don’t have a bowl tie-in before the season. Notre Dame will be able to jump into an ACC bowl slot while Army and BYU have their own contracts, but that is not the case for the remaining independent programs. For most independent schools like UMass, if it wins six games, it not only has to lobby for a spot in a bowl game, but it has to hope that other conferences cannot fill their spots and a bowl chooses it over the rest of the bowl-eligible teams. That becomes easier as the number of postseason contests grows, but it is much more relaxing if a school can secure a bowl agreement ahead of time.

The biggest con to being an FBS independent is the lack of those annual rivalry games with a conference opponent. The conference schools are able to set up their own rivalry week at the end of the season for all the traditional rivals to play, and that is not the case for most independent schools. Although there are plenty of examples of interconference rivalries like Clemson-South Carolina or Georgia-Georgia Tech that play yearly at the end of the season, it is hard to define them as the biggest rivalry games on the schedule for each team. Part of the reason these FBS independent schools aren’t in a conference is their lack of traditional rivalries, but the lack of an annual rival does make independence a lot harder on schools, especially when trying to sell it to the fan base.