All About FBS Schools 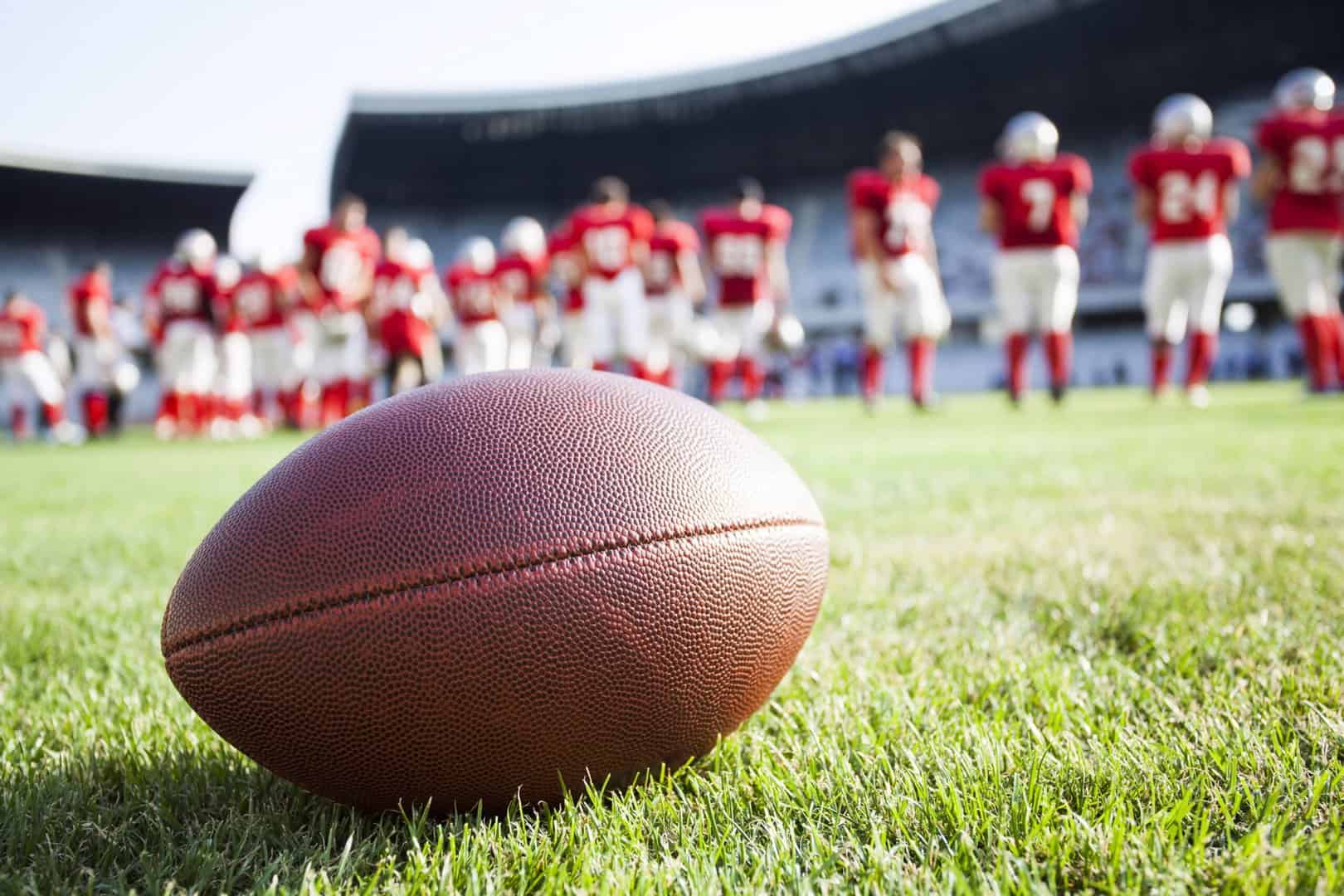 If you’re following American sports, then you might have heard about College Football (CFB), which is a category of American football consisting of teams of college athletes, typically from universities, colleges, or academies. Although this is considered the second tier of football (behind NFL Pro Football), it still sparks plenty of interest and entertainment across the country.

Therefore, you can imagine the popularity of college football, and this is why thousands of athletes are given scholarships to play for college teams while also being able to complete their studies. The highest level of college football is known as the NCAA Division I Football Bowl Subdivision (FBS), which features some of the top schools and colleges.

Whether you are a football enthusiast or a high school athlete who is looking to progress to the next level, this guide is designed to familiarize you with all the knowledge you need regarding college football. So, let’s dive in and see what the fuss is all about!

What does FBS stand for?

FBS is the abbreviation for Football Bowl Subdivision, which is commonly known as NCAA Division 1 Football Bowl Subdivision. It is considered to be the highest level of college football and features schools that are in the top positions in the National College Athletic Association (NCAA). Currently, there are 10 conferences and 130 FBS schools that actively participate in the FBS football season.

Collegiate football is massively popular in the United States and is also considered one of the largest spectator sports. You can gauge the popularity of the FBS football teams from the fact that they rake in millions of dollars through match tickets and merchandise. Moreover, FBS football games are held in the largest American stadiums, all of which are filled to capacity.

The FBS was established in 1978 and prior to this, college football teams used to play according to the normal NCAA playoff format. Instead of a knockout tournament to decide the champion, teams are ranked in the AP Top 25 poll, which determines the playoff format. College teams are ranked according to recommendations by college committees as well as media analysts throughout the year.

At the end of the year, when the AP Top 25 is finalized, the top four teams are entered into the National Championship Bowl. The final game, called the National Championship game, is what determines the national champion. The other top teams in the rankings determined by the media analysts are eligible to compete in other bowls across the US, some of which are the Peach Bowl and the Rose Bowl. This makes it the only NCAA sport where the national champion isn’t determined through an endorsed championship event.

The 10 conferences of the FBS also feature what is known as the Big 5 conferences, and these include the PAC-12, Big 10, Big 12, Athletic Conference, and SEC. The FBS gains more prominence mainly because high-performing and talented high school prospects are recruited with lucrative scholarships. A total of 85 scholarships can be awarded by FBS programs, which is higher compared to FCS schools.

Now, you must be wondering what FCS schools are, and we are going to discuss them in the next section.

What is the Difference Between FBS and FCS Schools?

By now, you know that FBS schools refer to colleges that play in the NCAA Division 1 Football Bowl Subdivision, which is the highest tier of college football. Apart from it, you also have FCS schools, which refer to the NCAA Division I Football Championship Subdivision Independent Schools. These are four-year institutions in the US, and their football programs aren’t a part of the same football conferences as FBS schools. Therefore, they are independent of conference matches and don’t have to follow a schedule.

The Football Champion Subdivision comprises 14 conferences, some of which include the Ivy League, Patriot League, Missouri Valley Conference (MVC), and the Colonial Athletic Association (CAA). The FCS playoffs feature 24 teams, which are determined by the FCS Playoff Selection Committee. The teams compete with each other according to a traditional playoff bracket.

As compared to FBS, FCS schools are less popular and commercial since they fail to attract the best high-school prospects, which usually go to FBS programs. Moreover, they offer fewer scholarships compared to the former.

In one way, FBS and FCS are similar because they involve teams at the Division I level. Although there is quite a lot of diversity in the talent between the two subdivisions, both of them play at a competitive level, and they abide by the rules of the NCAA. Moreover, both of them have produced fantastic players for the NFL.

How Many Division I College Football Teams are There?

The NCAA Division I level features the best FBS programs in the US, and they are categorized into FBS and FCS. In both subdivisions, college athletes have quite a hectic schedule, particularly with their academics.

In totality, there are almost 900 schools that have FBS programs, which means that high school football players have a lot of options to choose from. They can easily decide which football program suits them, and they can also understand the differences between the divisions. Plus, it will also become easier for parents to choose a suitable college for their child, according to the athletic and academic features that it offers.

What are the Different Conferences in FBS?

The number of conferences in the Football Bowl Subdivision continues to change from time to time. First came the Big Ten, which was known as the Western Conference back in 1896. Following this, various schools also formed different conferences. This led to the creation of the Southern Conference, Southwest Conference, Pacific Coast Conference, Mountain States Conference, Border Conference, and the MVIAA.

In the earlier years, the elite Northeastern schools formed the Eastern Intercollegiate Basketball League, and its members signed an agreement to set up a conference for college football. This led to the creation of the Ivy League in 1954, and in 1959, the Pacific Coast Conference was dissolved. Most of its members started the Athletic Association of Western Universities, which is known as the PAC-8.

In 1962, FBS schools from the Border Conference and Mountain States Conference formed the Western Athletic Conference. Later in the 60s, the Pacific Coast Athletic Association (PCAA) was formed by Division 2 schools looking for promotion to Division 1. It later became known as the Big West Conference.

In 1978, Division I was broken to form Division I-A, which was the predecessor to the FBS, and Division I-AA, which later formed the FCS.

Moving on to current times, there are a total of 10 conferences in FBS football, which include the following:

The American Athletic Conference was founded in 1979 as the Big East Conference, and it featured the Providence Friars, St. John’s Red Storm, Georgetown Hoyas, Syracuse Orange, UConn Huskies, Boston College Eagles, and the Seton Hall Pirates. The FBS Schools of Holy Cross Crusaders and Rutgers Scarlet Knights were also invited but declined to join. Later, the Villanova Wildcats and Pittsburgh Panthers were added to the AAC. The conference has its headquarters in Irving, Texas.

Currently, the following FBS schools are part of this conference:

The Atlantic Coast Conference features FBS schools from the eastern US and has its headquarters in North Carolina. It is a highly popular conference and has 14 members, which are divided into the Atlantic Division and Coastal Division.

Here is the list of the members from the Atlantic Division:

Here are the members of the Coastal Division:

The Big 12 conference also has its headquarters in Irving, Texas, and it features ten full-member FBS schools. The Oklahoma Sooners and Texas Longhorns have decided to leave the conference, while four new members will be joining soon. Here are the members that constitute the conference and play college football:

Here are the future members of the conference:

The Big Ten Conference was formerly known as the Western Conference and the Big Nine Conference, and it is known to be the oldest D1 college athletic conference in the United States. It has its headquarters in Rosemont, Illinois. It has a total of 14 FBS schools, divided into the East and West divisions.

The Conference USA features teams from the Southern United States, and its offices are located in Dallas, Texas. It features a total of 14 members, many of which are departing the conference soon. These include the UAB Blazers, Florida Atlantic Owls, Marshall Thundering Herd, Charlotte 49ers, North Texas Mean Green, Old Dominion Monarchs, Rice Owls, Southern Miss Golden Eagles, and UTSA Roadrunners.

Here are the remaining and future members of Conference USA:

The Mid-American Conference covers the area between Western New York and Illinois. It is headquartered in Cleveland, Ohio, and its 12 members are divided into the East and West Divisions. The East Division includes:

The Mountain West Conference covers the Western region of the US, and its headquarters are located in Colorado Springs, Colorado. A total of 11 FBS teams play in this conference, which includes:

The Pac-12 Conference features college teams from the West and Southwest regions, and its headquarters are based in San Francisco, California. It has twelve FBS teams, and they include some of the top college teams:

The Southeastern Conference, or SEC, is an athletic conference that features FBS teams from the South Central and Southeastern regions. It features 14 FBS teams divided into East and West Divisions. The East Division includes the following FBS programs:

The Sun Belt Conference features FBS teams from the Southern United States, and its headquarters are located in New Orleans, Louisiana. The conference features 12 FBS football teams, out of which the Little Rock Trojans are planning to leave the conference. By 2023, the James Madison University Dukes, Marshall Thundering Herd, Old Dominion Monarchs, and Southern Miss Golden Eagles will play the national championship game in the SBC. Other teams in the conference include:

This technically isn’t a conference. Instead, it’s a collection of schools whose football programs aren’t part of the NCAA-affiliated conference. The BYU Cougars, Liberty Flames, and New Mexico State Aggies are going to depart the conference soon. The James Madison Dukes are going to join it next year. Including them, there are a total of seven members in the conference, which include:

This brings us to the end of our guide on the Football Bowl Subdivision and how student athletes get the chance to play football while also getting a quality education. Plus, if playing football at the college level is your passion and dream, then you just have to research which division and FBS programs are suitable for you. Who knows, maybe you will become the next big NFL star.